“Is this really what I should be doing?” Hopefully you’ve all asked yourself this before. I love to take many opportunities, apply myself to anything I can get my hands on. There was even a time when I would be driving down the road and see all these “Help Wanted” signs and find it hard not to apply for another job. Many times I have had at least five different jobs. I love to feel many different experiences, and I also get bored easily. 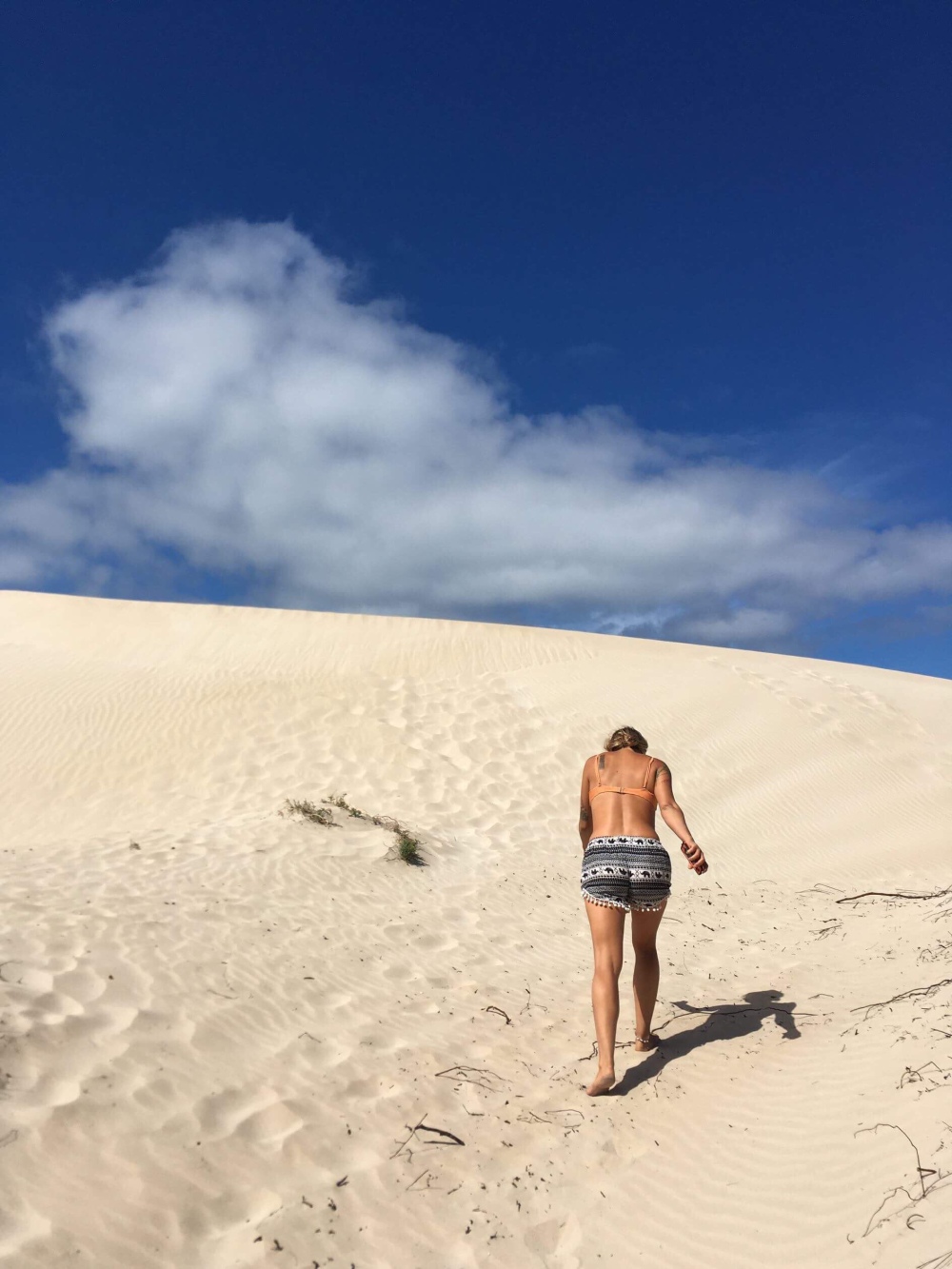 Time and time again, the lesson I’m learning over the last couple of years is to say no and set boundaries. Although it is nice to know what it is like to have all these different experiences, I’ve learned that I just need to head straight down MY path. Not anyone elses, but mine. I’ve known for quite a while that this path of mine is dedicated to the ocean. I need to keep pursing that path, and asking questions like ‘What exactly am I trying to manifest?’ It’s about following your intuition and not just working insane hours for the $$… we all have a niche in this world… and it is not just to make $$. So there will be times where you must say no. And it’s hard.

It’s even harder when there is an opportunity that will further point you down your path. You think, I need this… I’ll do anything to get more on my resume for more opportunities.  Especially in the world of marine biology… opportunities are slim, you’ll work for free or even pay for the internship to get you a leg up. 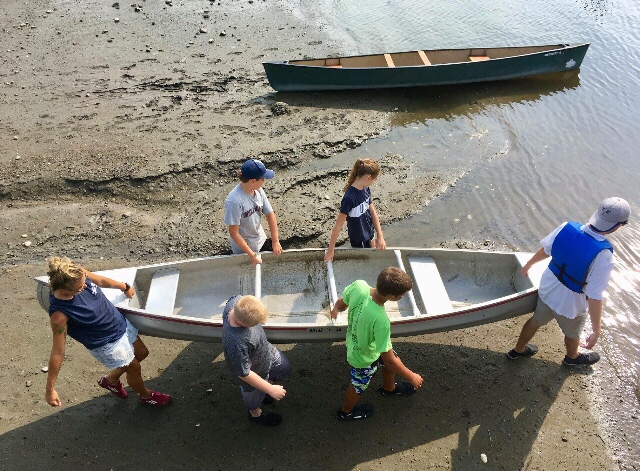 Over the last year I’ve gotten some really cool experiences as a marine biologist. I’ve got paid for most of them, and for the ones I didn’t… I’ll tell you about them. I’ll group together three experiences…

1) I first landed in Australia and booked it up north to the Ningaloo Reef of Western Australia. I lucked into a sweet gig where I was to volunteer for one trip and then got brought on board as paid staff… I was working as a hostess, deckhand, and divemaster on a 5-star catamaran liveaboard for four-day trips. We saw so much wildlife, it was insane. Guests were paying $1800 for the experience. It was 16 hour work days… really tiring, but it was so freaking cool. After the first trip my boss asked me to volunteer again… I politely declined. 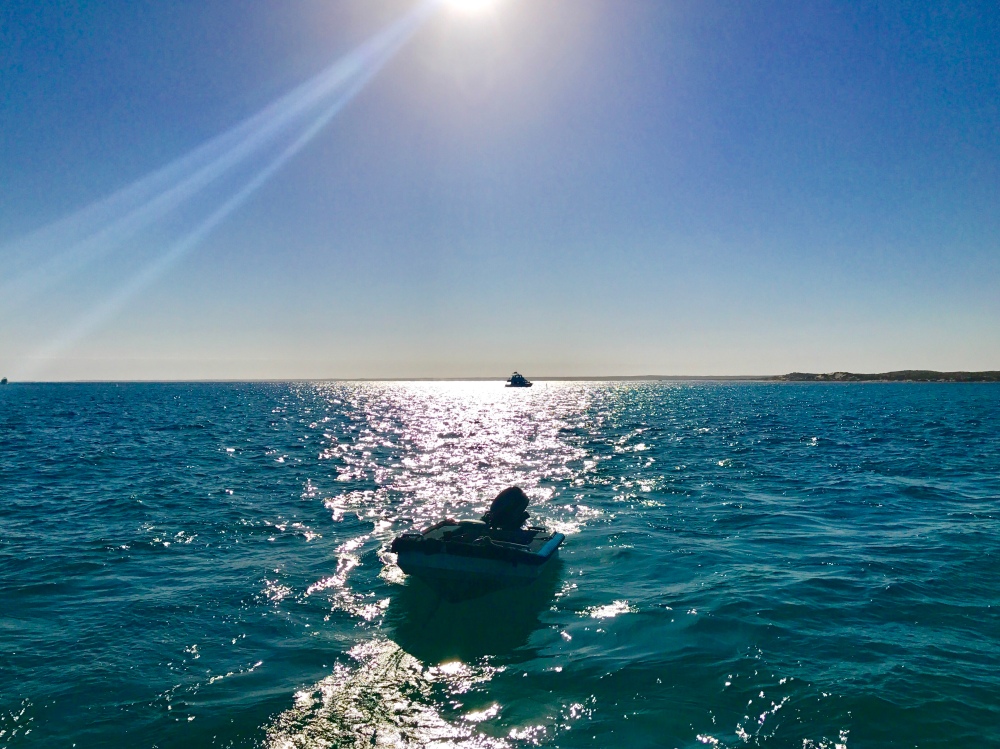 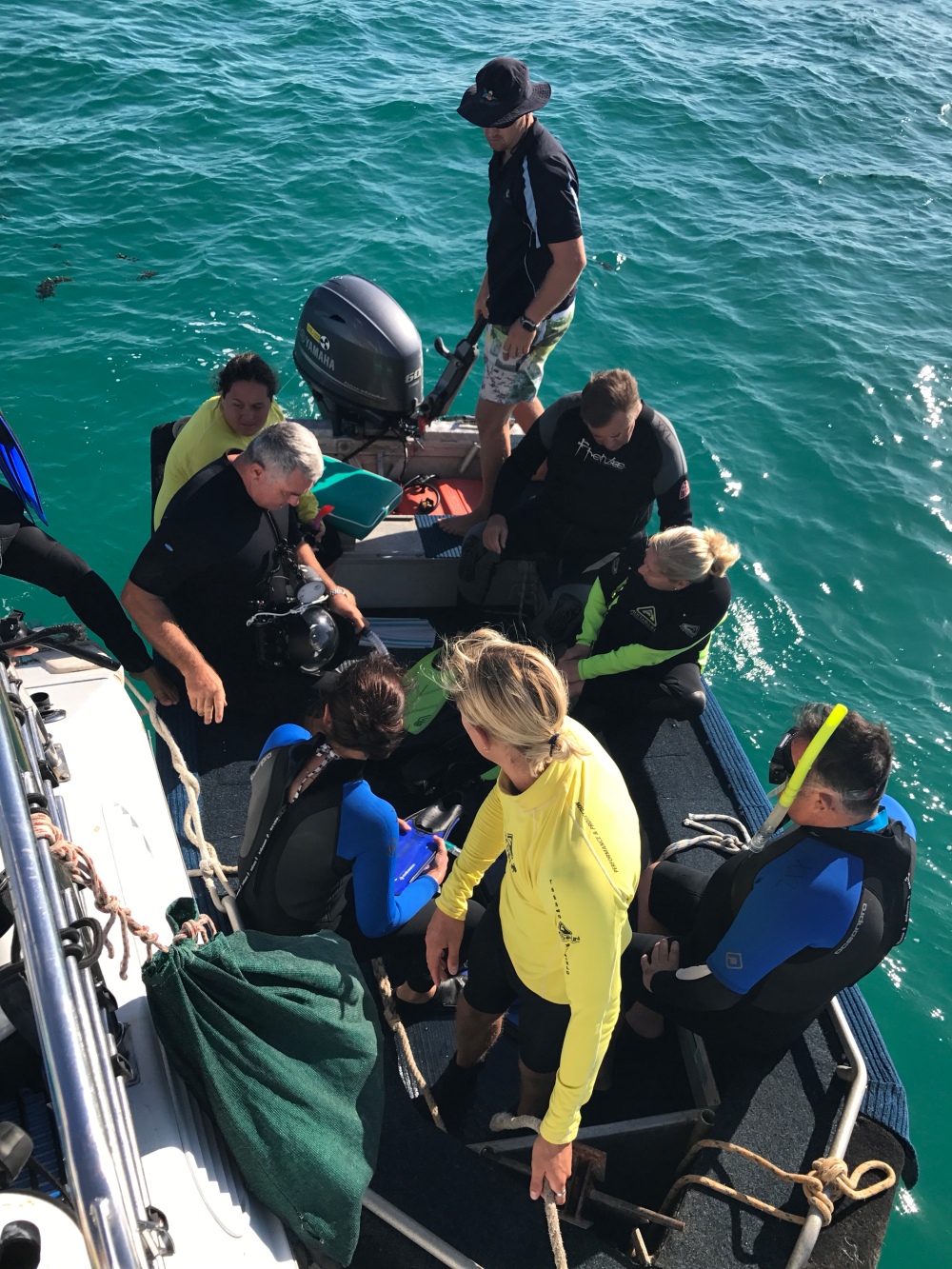 2) My visa in Australia was ending and I needed to find a job: of course it had to involve the water. I saw a cool opportunity posted on a Facebook group called ‘Dive Jobs Worldwide’ that was for divemasters to be snorkel guides in Ketchikan, Alaska. I fell in love with seals while working in Australia so I thought that would be a sweet opportunity as the shop owner in Alaska promised me I’d be swimming with seals, orcas, and humpbacks. He also promised I would be able to save up a decent amount of money if I worked there for the summer. We caught up a couple times over Skype and he seemed like a decent guy. I flew over 35 hours and arrived in Alaska. Many red flags were presenting themself. First, I was promised help with housing… I was coming from Australia and did not have the means to figure out housing before arriving. Upon arriving, I was very sick from over a week of in-transit travelling and it was arranged I sleep on the floor of a coworkers in a sleeping bag. The only housing possibility was living in a family’s home 3 miles away from town for $700/month. I was then told I needed to hop in the water the next day for work… with no consideration for the fact that I was sick and hadn’t found a decent place yet to live. So many red flags… so many promises that were not met… I listened to my gut and decided to leave. Before I had even bought my flight out, I was on the phone at 3 am Alaska time, 8 am Eastern time with potential marine biology jobs. 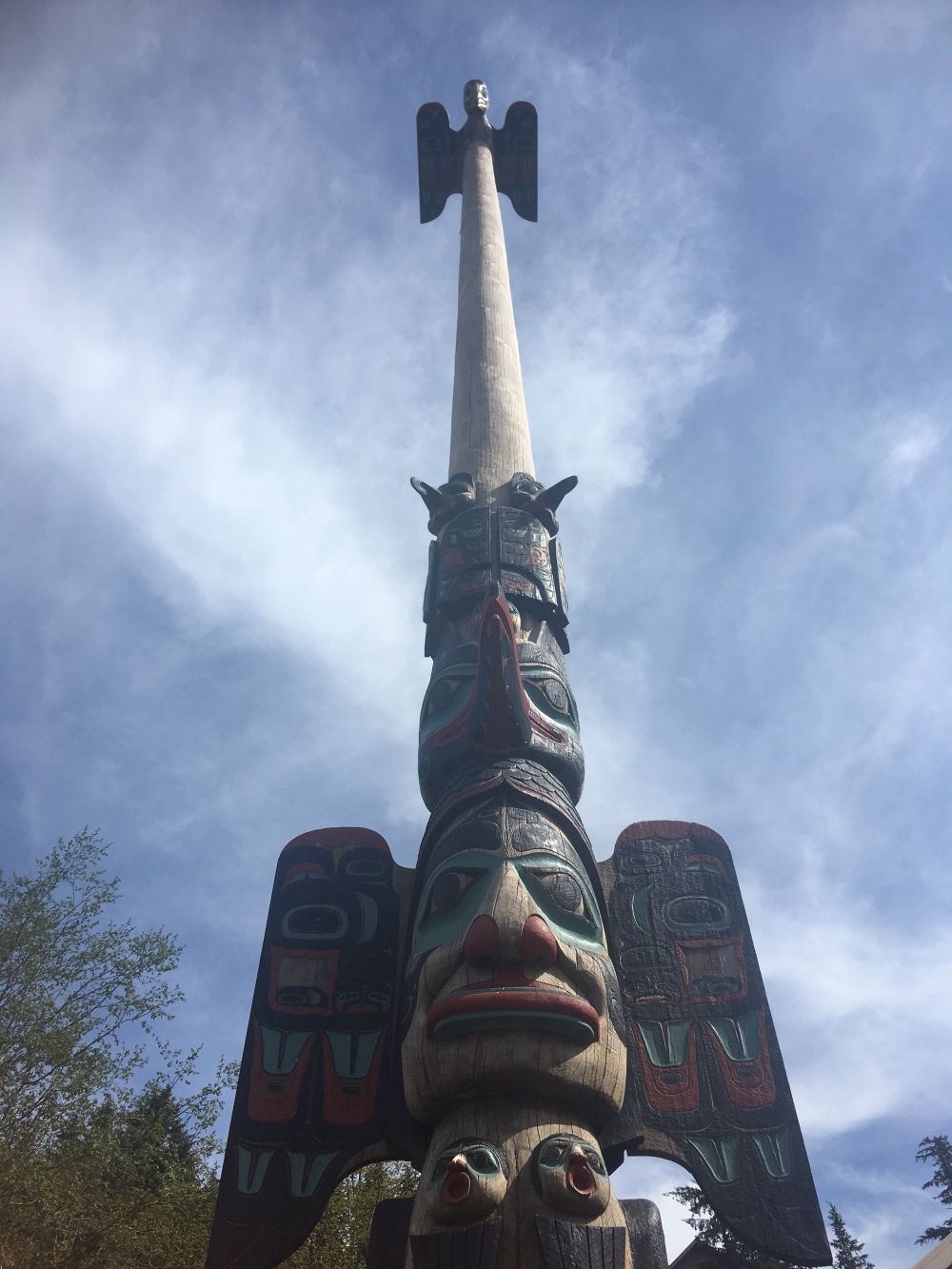 3) Once I returned home after Alaska, I felt really let down about the whole trip failing so I said yes to a lot of different jobs and kept applying to others. I was accepted for a fall intership at a local aquarium. I never really have been interested in working with aquariums but I thought this would be a great step for my future. The internship was described to be more research based… and I’d be working with the pinniped (seals and sea lions) and beluga whale department. How sweet!!

But again more red flags appeared. The first one being when I first received the call of acceptance; I was asked immediately if I accepted. I was taken aback as I was used to being given atleast a day to consider and then respond via email. Promises that were made during the interview started to change. One question I was repeatedly asked was, “Is that a problem?” For example, I originally wanted to fly back to Australia in Novoember and had discussed this in my interview but was persuaded to change my end date to December. As the internship neared, I sent an email to confirm my definite end date and was asked if it was a problem if I could end in January. Weeks later I called the aquarium to ask for my start date, as in the interview it was discussed that it would be mid-September. It was two weeks until my orientation and I had not recieved any schedule or news. The answer I recieved from my supervisor was that I was to start the very next day after my orientation at the end of August. Again I was asked, “is that a problem?” It was… I was taken aback again and felt like I had to bend over backwards. I then asked if I could solify my schedule (due to this being an unpaid internship, I needed a second job that I would work in the evenings). I was then told that I needed to be flexible and there would not be an option for a definite schedule… and the schedule has already been made for the next month, without any of my own input… sweet!

I felt terrible… I wanted to work with seals again! But I also knew I could not sign up for 8.5 hour days, five days of the week, while also balancing my second job. I had done that all summer long, balancing a marine biology job and hospitality job. I didn’t have a day off for over two months. My sanity just could not handle it any longer. I repeatedly asked myself for two weeks, “What decision do I make? One for my future career as a marine biologist, or one to make money for the sake of my future?”

In all situations I had a CHOICE. I had invested time, energy and money in these decisions. That was always the most disappointing and debilitating. In the case of the Alaska job, I had spent over $1000 on flights which didn’t work out, then what? It sucks. I could have had immensely different plans… I could have arranged to be in Europe for the summer. I was depressed and let down.

BUT! What matters more to me is that my personal life must come before my professional life. I know my worth, and that is not being taken advantage of and working for free (in the case of the Australia incident). I did not want to be in Alaska where the only thing going on when a cruise ship is not in town is sitting at bars (not even a cafe would be open). I knew I did not want to be miserable. I had to say no. So I did.

There are definitely moments when I question myself, and still do! Flying all the way to Alaska and it not working out… was definitely not what I had in mind. I am learning all the time to trust my intuition more and more. I knew deep down way in advance that Alaska and the aquarium were not going to be great. Before flying to Alaska, I met up with my bestie in Seattle to spend my birthday weekend with her. When we hugged goodbye, I cried so hard… something my friend had not seen me do in a while. I cried because I knew… my boss had not even helped me find a place to live and I was not feeling great about this decision. I didn’t even want to talk about it but I was already so far in. Tickets booked. I didn’t want to go on the plane. Lo and behold…

I still wonder, did I make the right decision? In hindsight everything becomes clear and everything has a way of falling into place. Nothing is black and white, there is no right and wrong choices and answers, but just what feels right instinctively.

I honestly do not think we are in an era that we need to just work for a paycheck… I think we should be doing what we were meant to, filling our niche, and bettering the world. Small steps…. Always keep asking yourself, ‘What am I manifesting?’ 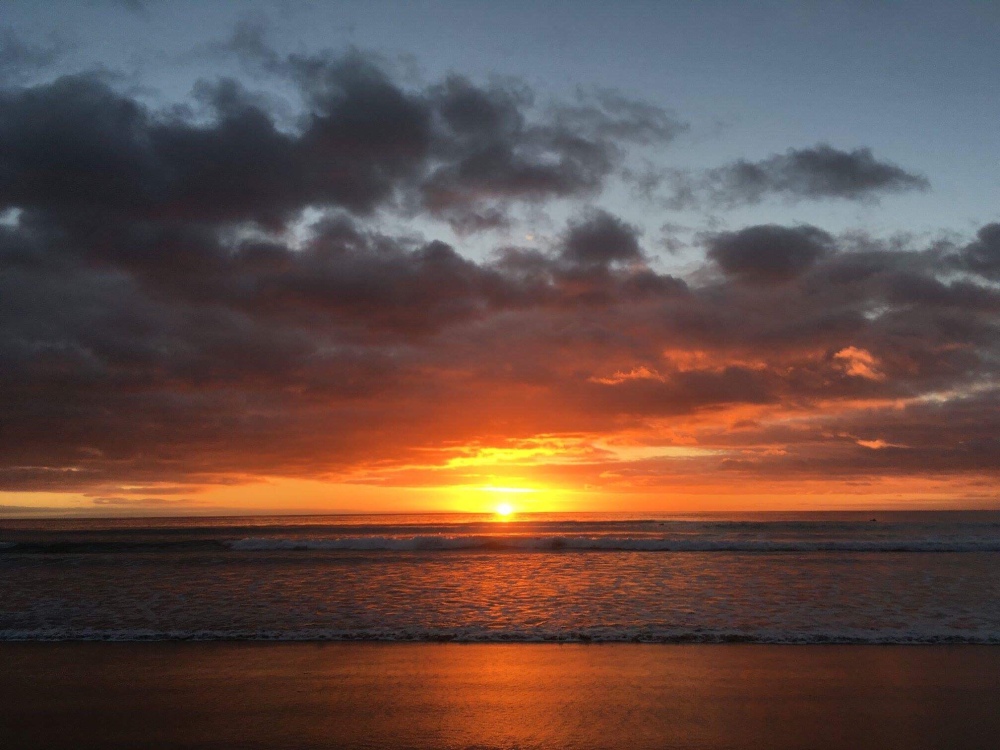